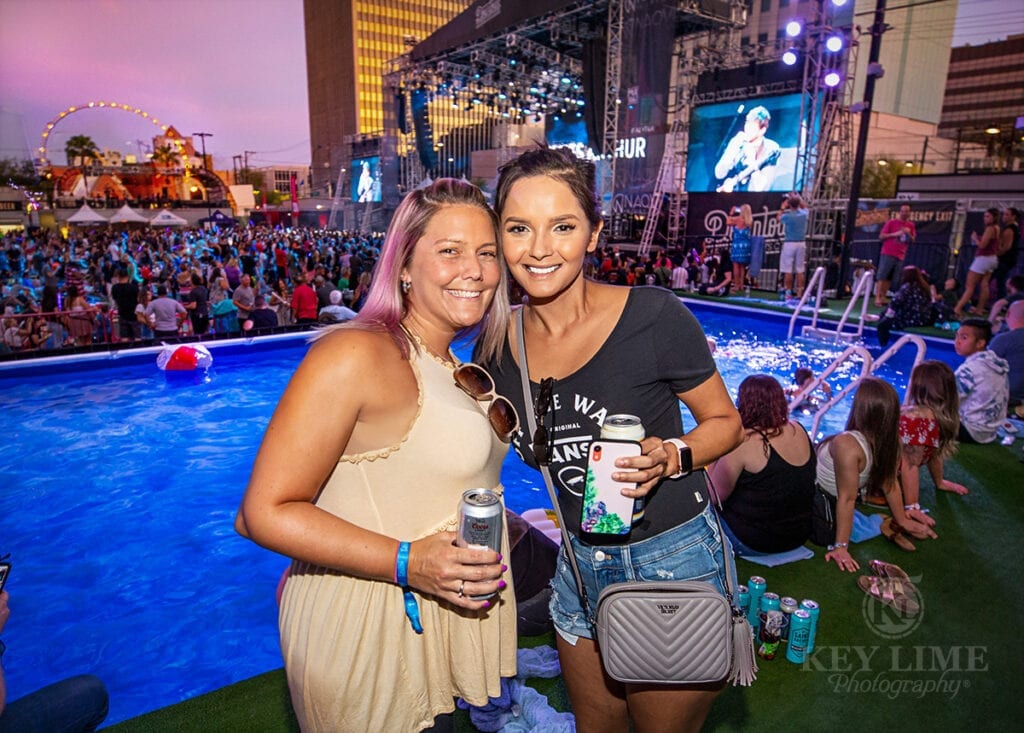 Every year Mix 94.1 hosts the food and music bash known as Bite of Las Vegas. This event really has something for everyone which makes for excellent event photography. The festival hosts several artists, sets up numerous carnival games and rides, alongside a full-size pool to keep attendees cool. Of course there are plenty of vendors with an array of food and refreshing beverages around the entire event space. This past year, Key Lime Photography was thrilled to capture the event photography of the festival as a whole, as well as the concerts that performed throughout the day. Rob Thomas was the headliner this past year and the crowd received a surprise appearance by Santana. Past headliners for the festival have included Goo Goo Dolls, One Republic, Fitz and the Tantrums, Third Eye Blind and more.

For the first time, 2019 brought the festival to the Downtown Las Vegas Event Center (or DLVEC). Wrapped in the downtown cityscape, Golden Nugget provided some early shade from the Vegas sun. The venue appeared to be at capacity as the concert headliners took the stage. While the concert performances could be heard from anywhere in the venue, guests could make their way to the front of the crowd, standing as close as 10 feet from their favorite artists.

Rob Thomas took the stage around 10pm and performed hit after hit from the Matchbox 20 collection as well as his solo chart toppers. The crowd seemed to know that the world-wide mega hit “Smooth” was just around the corner. What they didn’t know was that Carlos Santana would be joining Rob Thomas onstage for an unforgettable moment. The two originally recorded the song together in the Summer of 1999 making this performance a fitting 20-year celebration of the collaboration.

Pace Yourself, Food for Days

To say “Bite of Las Vegas is a food festival” would be a massive understatement. You’ll see in the event photography below that the event brings more than 40 food vendors from around Las Vegas. Many of the vendors are local favorites and hidden gems. It’s an excellent way to become familiar with the community. For example, The Twisted Lemon is a Vegas staple for Lemonade and slushies. “Best of Las Vegas” winner CRAFTkitchen put their name on the map in 2015 when they opened a location in Henderson, near Las Vegas. CRAFTkitchen among others, was part of the festival’s annual “Best Bites” competition which was judged by Vegas foodie influencers @ryusauce, @ClosetFatGirl and @TheLasVegasFoodie.

We have been the live event photographer for our share of affairs and we’d definitely recommend scoping out Bite of Las Vegas. Watch for announcements for the event returning in early Fall. As if you needed more convincing, here are some photos of the festivities.