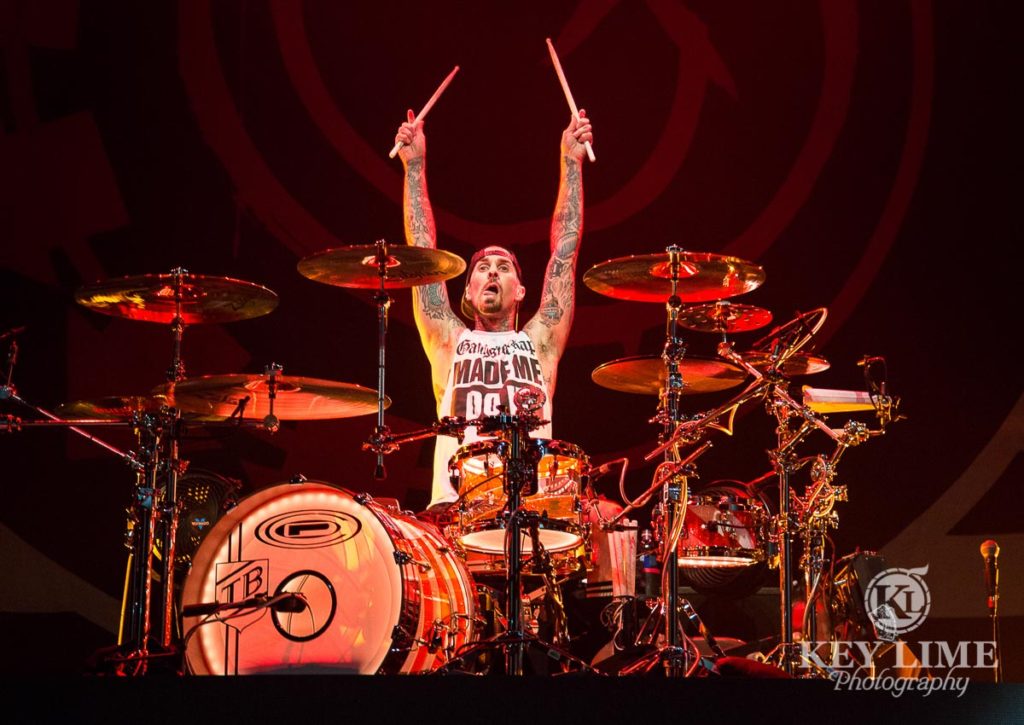 By now, CBS Radio has gained a reputation for bringing big-name acts to Las Vegas for their annual holiday concerts, and for the fourth year in a row, Key Lime Photography has been their event photographer of choice. This year, the two-night “Holiday Havoc” was split between two Grammy nominees who are up for “Best Rock Album” with their latest releases, Blink 182 and Weezer. These bands have both been topping charts for 20 years and their latest albums are anything but “tired.” Travis Barker is just as fast on the drums as he was in 2000, and not just during the solos…like…all the time. Weezer still holds the record (in my mind) for best crowd participation, probably because every person on the planet knows at least four Weezer songs. The opening bands, like years past, were also noteworthy, including a little band called Jimmy Eat World, Pierce the Veil and Saint Motel. Saint Motel has just released their second album titled, “Saint Motelevision” and I’m thrilled to say that it is just as eye-opening (ear-opening?) as the first album. These guys were my favorite newcomers at the Life is Beautiful festival in 2015. If they come to a town near you, buy a ticket, while they’re still affordable. Their song “My Type” is only safe for work if your office allows toe-tapping and desk-drumming. Their new album also contains the openly Christian “Born Again” which I thought was a nice bonus.

s if Holiday Havoc didn’t bring enough talent to the Pearl at The Palms stage, CBS Radio also hosted the annual “Not So Silent Night” at The Joint inside Hard Rock Hotel & Casino. I’m sure some ticket-holders were disappointed to find out that the headliner, One Republic, was stuck on the runway in a Chicago snow storm. Tickets were comped for the whole 4,600-capacity venue, which was a wicked deal as opening performances Lindsey Stirling and The Fray put on an awesome show. I had thought of Lindsey Stirling as the headliner anyway. Watching her play a violin while she performs disc-herniating acrobatics is jaw-dropping to say the least. The best way to describe her music without looking it up on Wikipedia is a mashup of Pop, Dubstep, and Alt Rock…with Violin. It’s a combo that I am programmed to like. The Fray was a great finale to the holiday series as I memorized their first two albums during college.