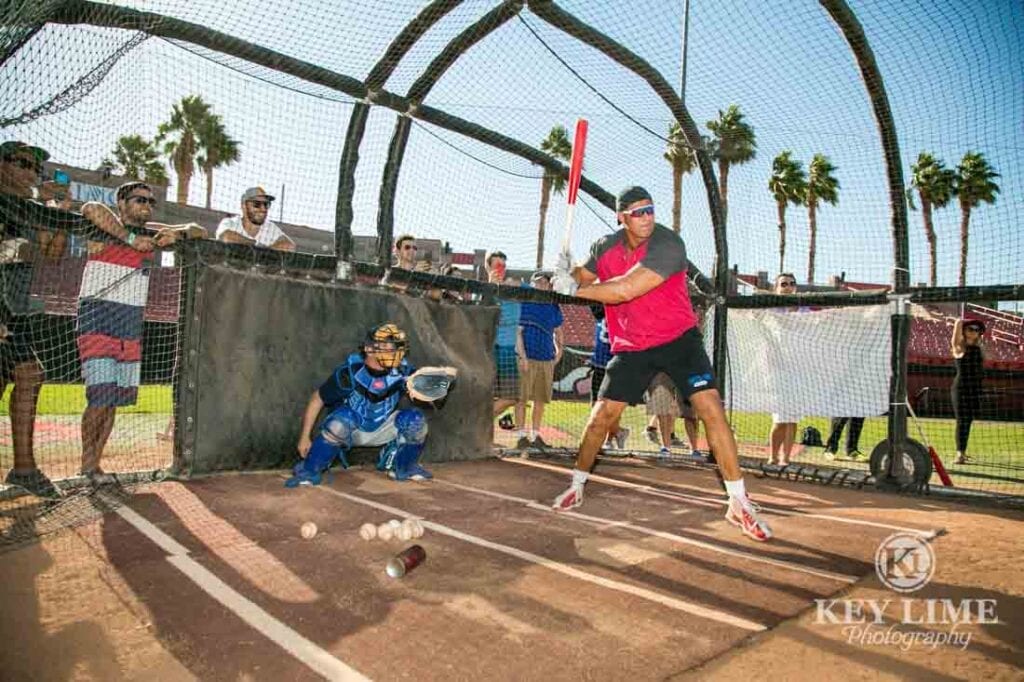 Jose Canseco made an appearance at the Swing for the Fences event held by the Hard Rock Hotel & Casino. The marketing team planned this event for High Rollers and frequent Guests. They were invited to bat and pitch for casino points. Each player had a chance to bat. They earned more points based on the distance of their longest hit.

There was also a pitching competition. 5 brave players were challenged to beat on man, Tony the Vice President of Player Development. If any player pitched faster than Tony, they received $1000 Hard Rock play credits. The fastest pitcher received $500 in play credits.

Players enjoyed a private grill with hamburgers and drinks and even received signatures from Jose while they practiced their swings.