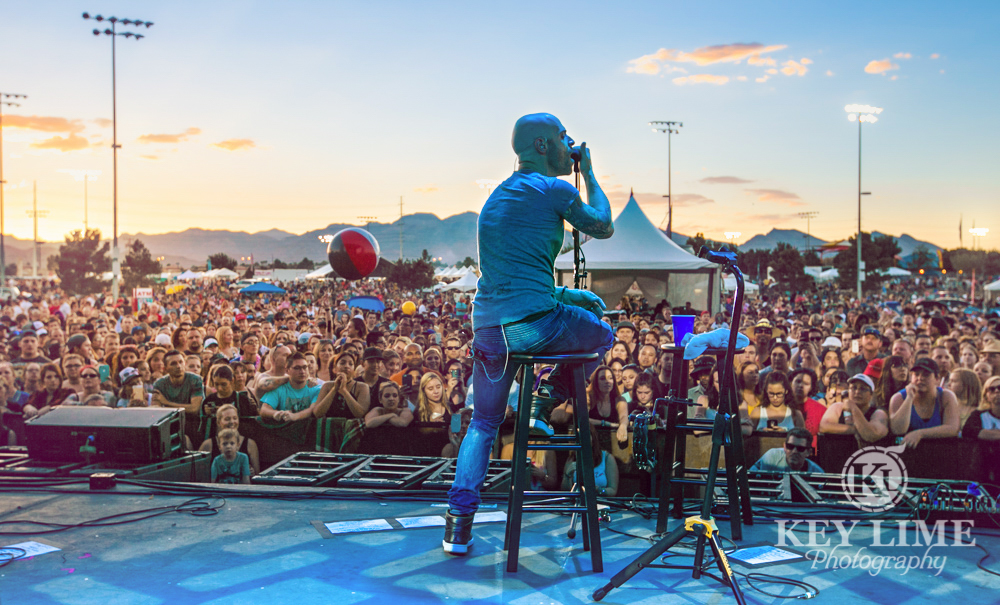 “Will you be the event photographer for this year’s BITE of Las Vegas?” is kinda like a waiter asking, “The chef has prepared too much cheesecake this evening so we need to give some away. Would you care for a piece?”

(Keep it together… keep breathing…answer in two, calm, simple words so he doesn’t renig his offer) “Yes please, we would.” (Doh! That was four words. Hopefully, you didn’t scare him off)

Key Lime Photography has been the event photographer for Mix94.1’s BITE of Las Vegas for three years now. As the name suggests, the outdoor festival features food and beverage vendors from the Las Vegas area. Attendees line up at the entry starting at about 9am for the 10am opening. Some come for their favorite local bites like Aloha Kitchen. Some come for the small chains like pet-friendly restaurant and bar, The Lazy Dog. One girl in line even told us she couldn’t wait to get her hands on some Panda Express. But everyone was excited about the onstage entertainment, which included performances by Almost Normal, Naked Elephant, Olivia Holt, Purple Reign, Blue October, Daughtry, Better Than Ezra and Fitz and the Tantrums.

Check out Mix94.1’s galleries of people of Bite of Las Vegas, exclusive interviews with musicians, and meet-and-greets with the bands!

Vegas locals, Naked Elephant was the biggest surprise of the day, commanding the stage as if their second album had just gone double platinum. They were exceptional entertainers and their progressive rock set sounded great. Hopefully we continue to see them on bigger and bigger stages. Blue October’s hits have always been favorites, but we got to know the band better during this year’s festival. Their heavy sound almost masks their positive message, but compliments their powerful lyrics perfectly. This was Blue October lead singer, Justin Furstenfeld’s second consecutive CBS Radio festival show in Las Vegas this year. Do we sense a residency afoot? Headliners Fitz and the Tantrums brought their current chart topper “Handclap” to the BITE stage. We’ve been looking forward to photographing their concert for years now. We fell in love with them in 2011, so to us, they’re the ultimate “I TOLD you they’d be huge!…now stop listening to my band.” band.

As the event photographer, Key Lime Photography captured the must-see moments of the day. And with so many food vendors in one place, a competition was bound to break out. The “Best Bites” award show revealed the winners from various categories.

Click the green button to the right to send us an email with your contact info. Be sure to include your event date and a brief description of your needs. We may be at a photoshoot, but we’ll do our best to respond by the end of the day.